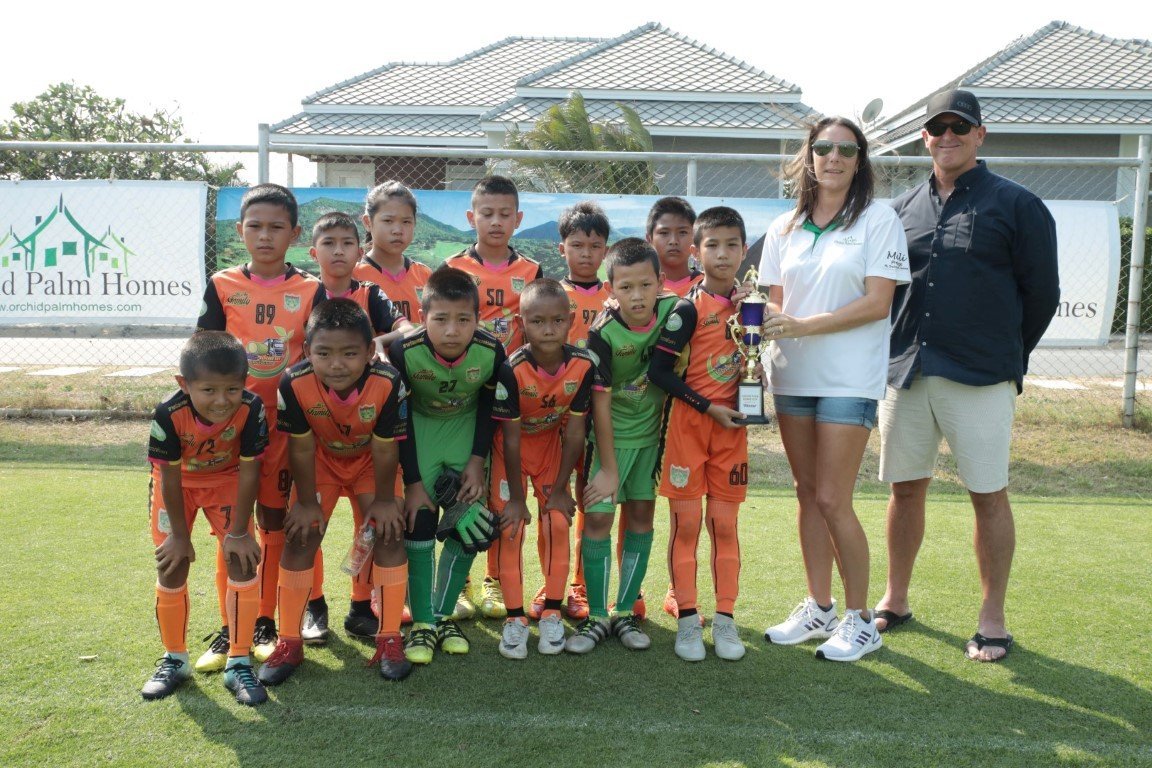 The first ever Orchid Palm Homes Cup took place at the Hua Hin International School last Sunday. Six Under 11 teams were involved and there was high drama with Raimai beating SS in the final after a penalty shout out.After the group stages PSG, Black Mountain Hua Hin Football Academy, Raimai and SS progressed to the semi-finals. Both matches were extremely competitive affairs that could have gone either way.

In the first semi-final PSG took an early lead against Raimai. But the team from Sam Roi Yot rallied to score twice and book a spot in the final with a come from behind 2-1 win.

The second semi-final was also extremely close. Black Mountain dominated the early exchanges and hit the post but SS were able to capitalize on a mix up in the penalty area to score a tap in and win the game 1-0.

There were some weary legs in the third and fourth place play off with Black Mountain playing back to back matches. The game finished 0-0 and PSG won 7-6 on penalties after an epic shoot out that consisted of 20 spot kicks.

Raimai and SS met for the second time in the final. In the group stages the two teams had drawn 0-0 and there was once again nothing to separate them with the game finishing goalless.

In the ensuing shoot out it was SS who blinked first, allowing Raimai to win 3-2 on penalties. The entire tournament was played out in a fun, friendly atmosphere with over 50 children participating.

“It was fantastic to see so many children enjoying themselves and to see the matches played in such a good spirit. There were some really entertaining games and lots of drama and we at Orchid Palm Homes are proud to be supporting this event.”

Former England and Tottenham defender Gary Stevens was also in attendance. The Black Mountain Hua Hin Football Academy head coach was impressed by the standard of football on display,

“This was a great experience for all the children involved and we are grateful to Orchid Palm Homes for their support. Players of this age will only benefit from getting to play so many matches against so many different opponents and I can’t wait for the next tournament.”

Click the following link for more information about football tournaments in Hua Hin.

Signup for news and special promotions!